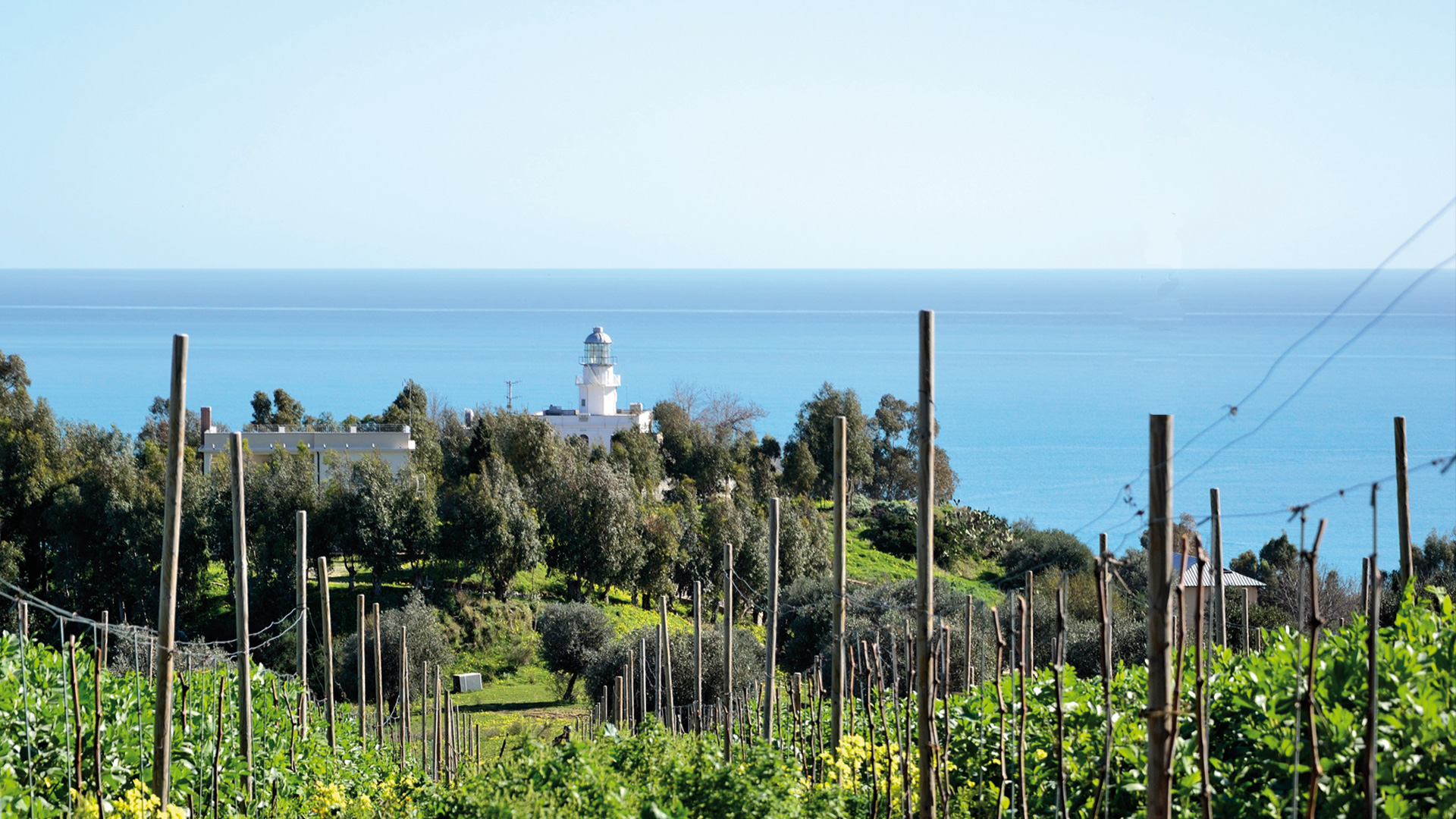 Calabria is the “toe of the boot”.

Calabria is the most southerly region of the Italian mainland, the “toe of the boot”.

Its largest city, Reggio Calabria, is a short ferry ride across the Straits of Messina from Sicily. The region is much closer to Africa than the prosperous north of Italy.

Throughout history, Calabria has been subject to successive invasions by Greeks, Phoenicians, Romans, Arabs, Normans and Spanish. As a result, archaeological evidence from all the periods – from the Palaeolithic onwards – can be found all over the region. In particular, here were set important city states of Magna Graecia, such as Kroton (home town of Pythagoras), Locri Epizephiri, Reghion (the ancient name for the town of Reggio Calabria). Those influences have left a strong mark on Calabrian culture, including food.

Traditional cuisine is full of flavour with dishes made by countryside and seaside ingredients. In Calabria cuisine is superb, as tested by 36 local products with protected designation of origin or protected geographical indication.

Alongside its rich historical and cultural heritage, the region has abundant natural resources. Calabria is an open-air botanical garden, with a very special micro-climate and a wide range of botanical species – a natural paradise, with hundreds of different micro-climates and a biodiversity unique in Europe.

About 20% of Italian mainland sea coast is in Calabria, where there are 5 marine reserves. The Region is well known because of its seas, but its natural beauty is not all about the sea. Nearly the half of the regional territory (42%) is in mountain – and it’s possible to go skiing! 3 nature conservation areas are in Calabria: Parco dell’Aspromonte (which includes several towns of the province of Reggio Calabria) is one of them. But around 50% of the territory is on the hills and a small part (9%) on the plain.

On the other hand, Modern Calabria is one of the poorest regions of the EU. Since the unification of Italy in 1861, an estimated 7 million people have emigrated in search of a better life. Today’s population of around 2 million is outnumbered by the Calabrian diaspora now living in USA, Canada, Australia, South America and other countries of Europe. Ironically, Calabria is now one of the few regions of the EU to welcome migrants as permanent residents.

Calabria is also one of Europe’s unemployment blackspots: it is the 5th region across the EU as a youth unemployment rate, rising to 70% for young people in some local areas. Even today, many still emigrate in search of job opportunities. At the same time, a new generation of Calabrian-born students is coming back once completed their University studies to help build a better life in their home region.

Moreover, the region has the lowest social services’ expenditure: € 27 per capita against € 110 as a national average.

Meanwhile, 'ndrangheta maintains a stranglehold on the economy and society. Far from being a ‘local issue’, ‘ndrangheta is now considered the most rooted mafia in EU countries and globally. But Calabria, where it is born, is where its role is more evident:

GOEL is leading a movement to revive democracy and economic prosperity in Calabria by using the region’s natural resources to create an ethical economy based on networks of community based social enterprises. “The mafia pretend they are the only economic option for the region, that economic reform is impossible. We aim to show all Calabrians that a legal democracy and a flourishing ethical economy can bring prosperity back to this beautiful part of Italy,” says GOEL president Vincenzo Linarello.

An important chapter in the history of this region has yet to be written.